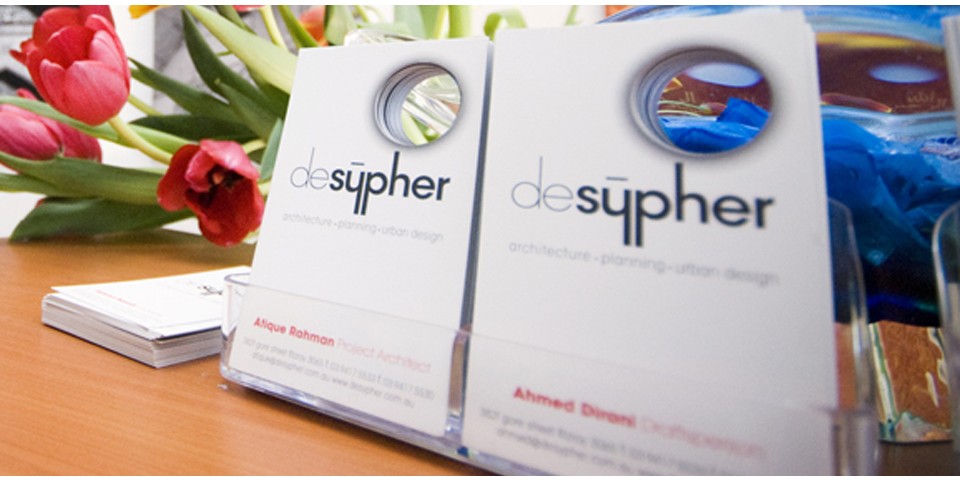 “Desypher” has its origins in the Arabic word “sifer”, meaning zero

The use of "zero" advanced by Muslim mathematicians, had a tremendous impact in clarifying mathematical concepts and furthering scientific discoveries

When first introduced into medieval Europe it was regarded as an abstract, unclear notion – even with a level of suspicion!  And so “sifer” or “cipher” came to mean something coded and obscure and paradoxically “decipher” meant an unravelling of the code.

And so we took on the title “desypher” as a declaration; to invite experiences beyond the obvious and to make apparent what is misunderstood by creating architectural responses that serve to promote positive interaction