I recently had a conversation with one of the guys in the office over coffee and we got talking about air-conditioning – one of the fundamentals of new homes these days and a love obesession of many Australians. Read more. An Afternoon of Ebru

A step away from our usual, hard-hitting insights for the month, we bring you the calming patterns of Ebru... Read more. 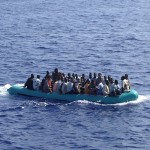 What do planning and politics have in common? Apparently a lot more than meets the eye. I recently attended the UDIA (Urban Development Institute of Australia) National Conference in which a number of notable speakers presented. Read more. 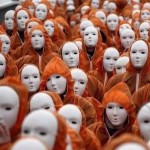 Recently my good friend and I happened to read the same article in the newspaper which referred to the fact that on Valentine's Day there is a surge in orders for inflatable dolls. The reason apparently is that on a day meant for those in love there were infinitely more... Read more. Some years ago I found myself at VCAT trying to overturn Council's decision to refuse a planning permit for a “community centre which also facilitated Muslim prayers”. And I'm being very precise with the way I am describing the proposal – its primary function was not a mosque. Read more. When looking to establish a community centre the first consideration is the role of that centre now and into the distant future? Where are you headed? What is the vision? How will it serve the community?It would be easy to conclude that pressure from councils and objectors has pushed community... Read more. 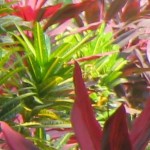 To be honest we didn’t really know what Permaculture was when we enrolled our Design Director, Khalid into what turned out to be a much sought-after course attended by people from all over the world. We actually thought, “we have a project in Indonesia where they farm fish on site; perhaps... Read more.